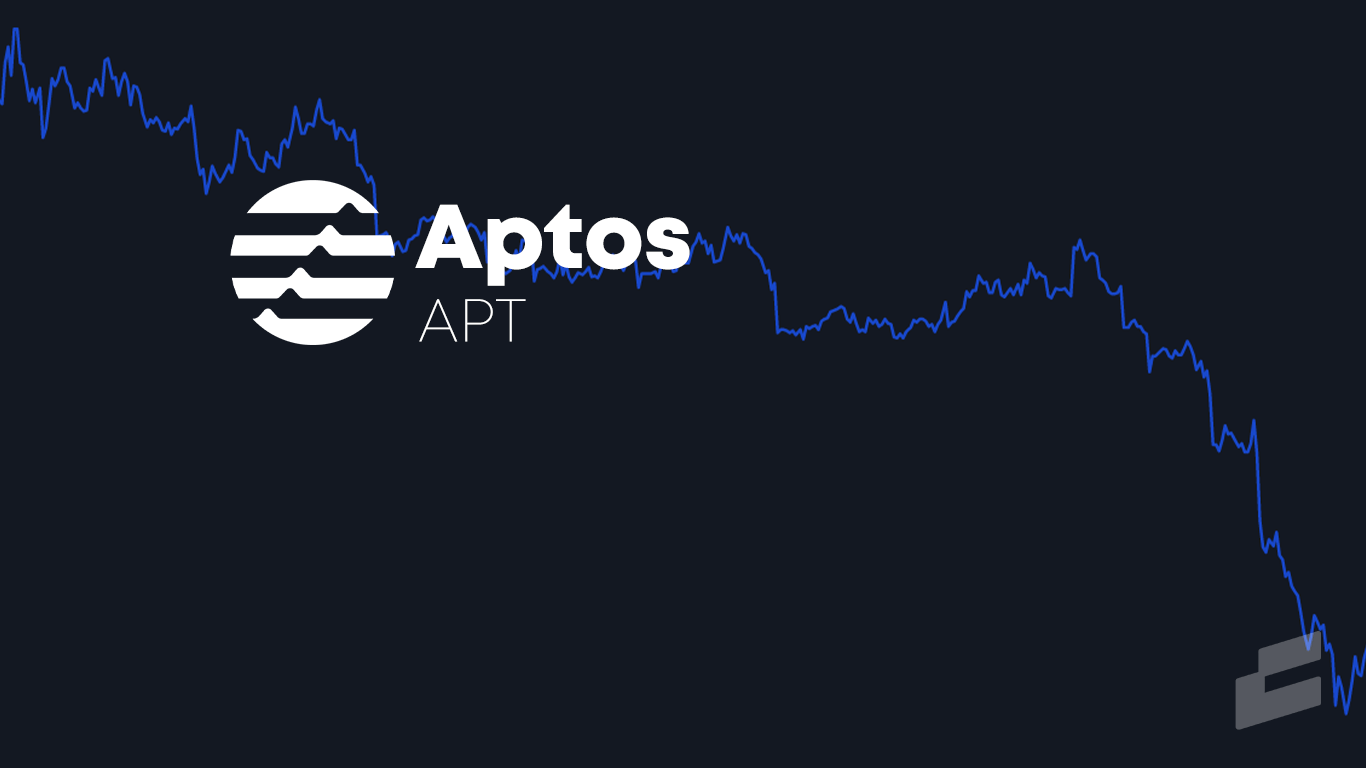 This year has witnessed a lot of overwhelming projects and events that push the blockchain industry an inch closer to its next goal. 2022 boasts layer-one blockchain networks such as Solana, Ethereum, BNB, and Avalanche, making the crypto space more convenient and accessible. However, the astronomic rise of the NFT industry barred the blockchain space to become a mainstream adoption.

To resolve several issues, here comes the Aptos blockchain, which is also pitched as ‘Solana Killer.’ The Aptos network has created a buzz around the community, and investors are wondering if it can be the reason for initiating the next crypto bull run. Let’s hop into our Aptos price prediction to get a view of its project’s analysis, in-depth technical analysis of the current price movement, and its expected future prices from 2022-2030.

Aptos is a layer-1 blockchain solution, providing a “scalable, safe, reliable, and upgradable” network that has been under development for over three years and has just launched its mainnet.

The main objective behind Aptos is to evolve the cloud infrastructure working on web2 to a decentralized-frame on web3 to provide more convenience in building blockchain-based decentralized apps. In addition, Aptos is also planning to develop a dApp ecosystem that will offer efficient solutions for solving real-world problems.

Aptos network was founded and developed by Aptos Labs; a company co-founded by Mo Shaikh (CEO) and Avery Ching (CTO). Shaikh and Ching were Meta employees who gathered years of experience in the blockchain industry.

Aptos network works on a proof-of-stake (PoS) consensus mechanism, which is integrated with an advanced Byzantine Fault Tolerance (BFT) technology to evaluate the chain and modify validators according to the requirements. The Aptos coin (APT) is the native and governance token for the Aptos network, used for running and maintaining the stability of the network.

Moreover, the Aptos network implements the Move programming language technology to represent the state of its ledger. Move language is an advanced programmable language that facilitates the work process of blockchain, smart contracts, and several applications on the web3. Move language was initially designed for Facebook (now Meta), and now it is further developed to utilize in blockchain projects Libra and Diem.

The Aptos blockchain works closely with parallel transaction processing, making the network flexible by providing high scalability. The technology has programmed a multi-threaded mechanism and in-memory parallel engine that offer high efficiency using Block-STM to execute over 160,000 transactions per second.

The unique approach to decentralization of the Aptos network has gathered the attention of investors and crypto firms to get involved in the Aptos ecosystem. Recently, Google Cloud became Aptos’s inaugural cloud partner to power the network’s validators and spin up a node in less than minutes. Additionally, to redefine the web3 experience, the Aptos Labs partnered with the Pontem Network to directly allow users to token offerings and explore projects on the Aptos network launchpad.

The continuous development and dynamic team of the Aptos network promise a bright and overwhelming future ahead. It is anticipated that more impactful partnerships will eventually push the Aptos network and its native token APT to new highs in the future.

Launched on 19 October 2022, Aptos experienced a rollercoaster journey due to several macroeconomic factors, including inflation and CPI data. The APT token got impacted hard by FTX’s collapse, plunging it to the bottom levels. It is essential for investors to understand price history to get a rough idea of Aptos’ potential and future prices. However, it is to be noted that price history can’t guarantee how much the price of Aptos will be worth in the future.

The Aptos token went live on the market with a trading value of $8.5. However, Aptos did not sustain in that range and made an intra-day low of $6.8. For the next three days, Aptos traded in a recovery zone between $7.2 and $7.5. On 22 October, APT made a sudden pump to $9.1, continued its bullish momentum further, and reached its all-time high of $10.25 on 23 October.

The bullish momentum was short-lived as APT did not move upward above $10 but instead made a low of $9.06 on the same day. APT token reached its final resistance zone before dropping heavily in the next few days.

APT touched $9.8 on 24 October and started its prolonged bearish trend from this price range. APT token dropped dramatically and reached $8.6 on 26 October. However, it made a slight upward retracement to $9.5 on 27 October. Aptos ended that month on a bearish note with a value of $7.8.

In November, Aptos began trading with a value of $8.2 but quickly dropped to a low of $7.2 on 2 November. Aptos consolidated further in a bearish territory as it traded in a range-bound area of $7.3.

APT reached $8.1 on 6 November and faced a rejection which plunged it hard to the bottom levels. Moreover, the collapse of popular crypto exchange giant FTX’s native token (FTT) created turmoil in the crypto market, plummeting multiple cryptocurrencies, including leading assets, to their crucial support levels. Aptos took support at $6.2 on 8 November but soon broke it, dropping to its all-time low of $3.6 on 9 November. However, the APT token is slightly recovering as it trades in a supportive region of $4.5 to $5.

The project analysis of Aptos is outperforming; however, the current trend of APT is confusing investors in making a stable buying opportunity. Hence, our Aptos technical analysis aims to identify the current market sentiments to help you out in deciding the investment plan on Aptos.

According to CoinMarketCap, Aptos is currently trading at $4.27 with a downtrend of nearly 7.97%. Looking at the 4-hour price chart, the APT token may witness more price drops before making a bullish comeback along with the crypto market by the beginning of 2023.

The recent bearish trend was not expected as APT showed much potential to the crypto community. However, the demise of FTX created enough panic among APT investors to liquidate their positions to avoid any unexpected price fluctuation ahead. Aptos initiated its bearish trend after failing to hold its price above the immediate support level of $7.1. The Balance of Power (BoP) indicator is vertically declining and trading in a negative zone of 0.69, hinting at a further bearish trend for Aptos.

The RSI-14 indicator is also dropping dramatically as it is trading in a selling region of 36-level. The SMA-14 is consolidating near the level of 40, hinting at a further downtrend before a bullish reversal. However, the MACD line is progressing slowly as the APT token is witnessing a slight recovery.

EMA-20 signals a slight bullish recovery soon as it trades near the immediate resistance level in the price chart. The Bollinger bands are also getting closer as the lower limit is at $3.9. If APT retraces downward and drops below its crucial support level of $4, it can plunge hard to the level of $2.2. Conversely, the Bollinger band’s upper limit is at $6.8; if APT breaks its immediate support level of $5.2, it can soon attempt to break $7, above which APT can trade near $8.5.

According to our Aptos price prediction for 2022, Aptos is predicted to attain a maximum price of $5.82, with an average trading price of $5.55. Our technical analysis reveals that Aptos can record a low of $5.3.

The fundamentals behind developing the Aptos project are much more impactful and overwhelming. Our Aptos price prediction for 2024 predicts that the token might continue its bullish momentum, and Aptos is potentially projected to achieve a maximum price level of $14.32. On the other hand, Aptos might record a low of $12.07, with an average trading price of Aptos at $11.73.

The crypto market is currently recovering from the mud of its May crash and is projected to witness a major bull run in the next five years. Our Aptos price prediction for 2027 anticipates that Aptos may attain a maximum price of $42.09. Aptos may trade at an average price of $35.96, with a minimum price of $34.98.

Our Aptos price prediction for 2028 anticipates that Aptos price could reach a maximum of $60.76 and an average trading price of $52.25. The minimum price of Aptos is forecasted to hit $50.45.

Aptos may acquire powerful partnerships in the next few years, attracting the attention of a wide range of investors due to its solid fundamentals. Our Aptos price prediction for 2029 expects a maximum price for this token to be $87.06 and a minimum price of $71.65. Aptos may reach an average price of $73.74.

The future price of Aptos depends on the crypto market’s favorability. If everything goes well, we can see a maximum price level of $122.78, with an average trading price of $100.09. However, the APT coin is projected to hit a minimum price of $96.41 by the end of 2030.

Is Aptos a good investment option?

Aptos network is entering the crypto space with a grand style with a motive of adopting the web3 ecosystem as mainstream and empowering the infrastructure of dApps to bring solutions to real-world problems. Aptos has proved to be one of the most dominating crypto projects this year, and it has a bright future ahead, making it a good investment option. However, our Aptos price prediction advises investors to do their own research and conduct investment advice from market experts before investing.

Looking at the current market trend, the goal of $100 looks far. However, Aptos can quickly achieve this if it cracks potential partnerships in the near future. The $100 mark for Aptos depends on the market’s favorability, and Aptos’ mood can change if it faces negative sentiments during its journey.

Does APT have a future?

Aptos is also one of the highly-funded crypto projects. In March 2021, the team raised $200 million in seed funding from giants like Andreessen Horowitz (a16z), FTX Ventures, and Coinbase Ventures. Moreover, the involvement of projects like Libra and Diem in the Aptos ecosystem marks a good sign for its future journey. Considering the expansion and growth across web3, Aptos promises a great future to investors.