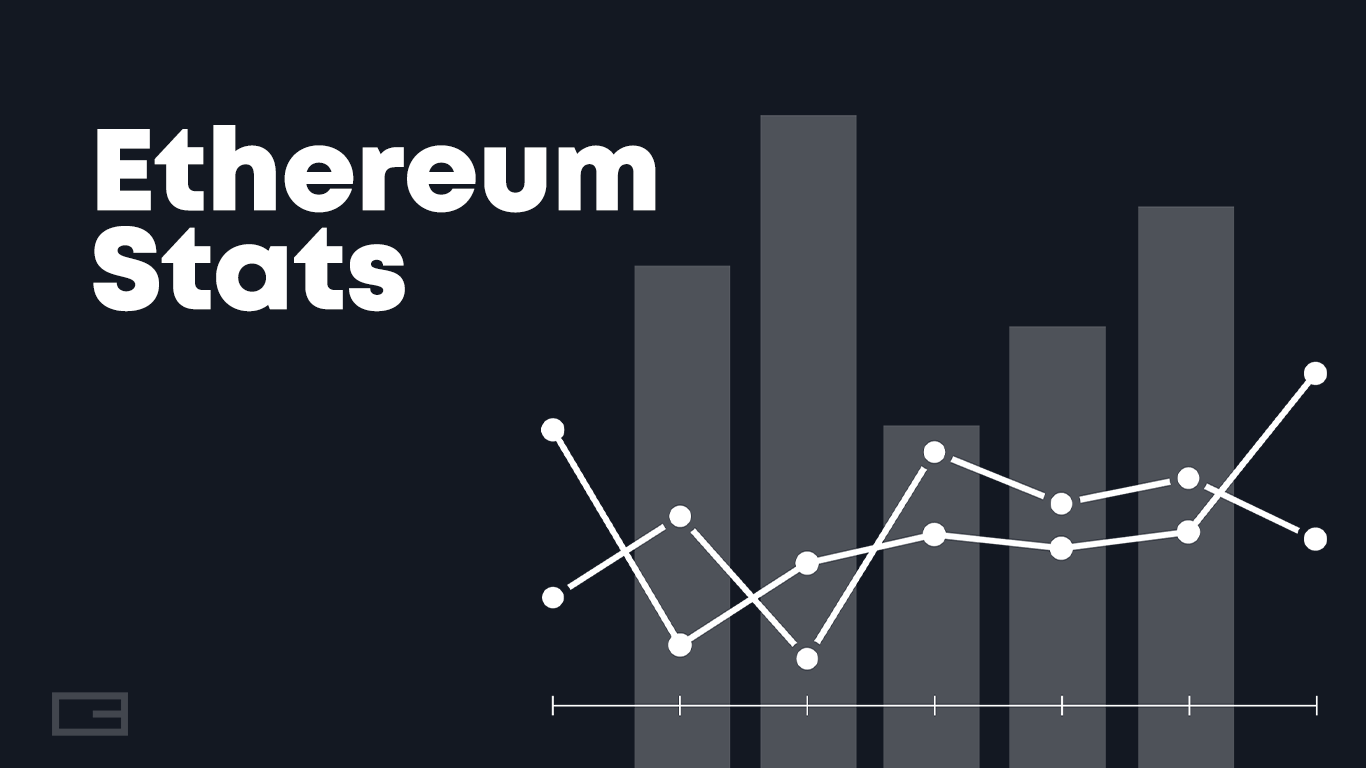 Ethereum is the second largest cryptocurrency to date and has one of the most popular ecosystems in the decentralized space.

Ethereum has come along way since it was first developed back in July 2015, with well over a billion transactions made across its lifetime.

So what does Ethereum look like today? Well that’s exactly what we’ll be covering in our list of Ethereum stats.

An active address means that the address was active on the Ethereum network either as a sender or receiver. On average, there are over 450,000 daily active addresses on Ethereum.

There have been over 1.73 billion transactions on Ethereum (dune)

The first ever Ethereum transaction dates back to August 7th 2015. On average, 8 million transactions happen every week on Ethereum.

There are over 567 protocols built on Ethereum (defillama)

This amounts to 11.66% of all Ethereum in existence, with over 440,000 individual validators on the network.

The highest single wallet holder of Ethereum is Binance, with over 2,436,827 ETH (etherscan)

Binance holds close to $3.23b worth of Ethereum in a single wallet. They also have a second wallet with another 1,996,008 ETH. Sitting among the top wallets is Kraken, Bitfinex, OKX, and Gemini.

The highest number of Ethereum transactions in a single day is 1,716,000 (etherscan)

The high influx in fees was due to Yugalabs’ Otherside NFT mint that burned over 55,000 ETH in under 24 hours.

There are over 216 million unique Ethereum addresses (dune)

There have been over 51.6 million smart contracts created on Ethereum (dune)

Smart contracts are a vital part of the Ethereum ecosystem and work as executable programs that allow users to interact with the network. There have been over 4.62 million deployed smart contracts.

All tokens on Ethereum combined give a total market capitalization of over $410 billion with an average 24hr trading volume of $70 billion.