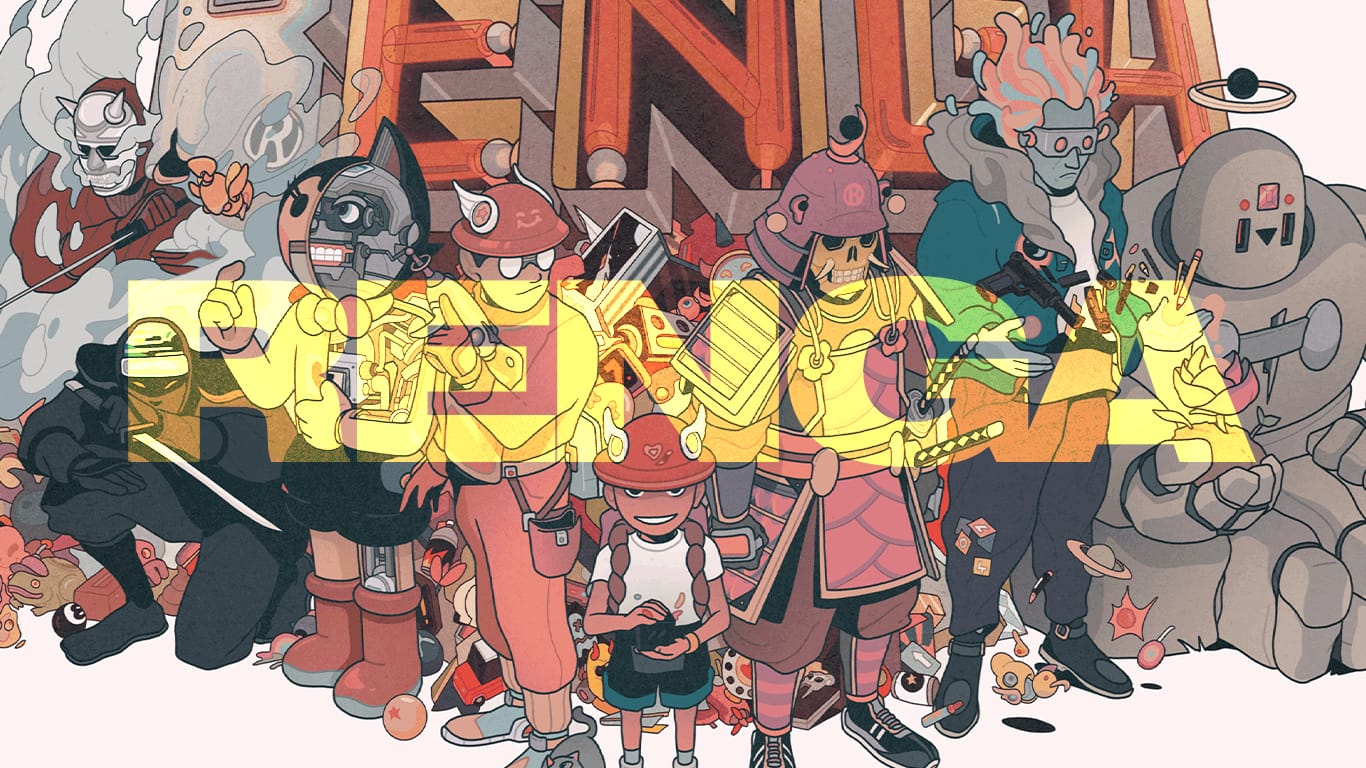 What is RENGA NFT? The Art of Storytelling

RENGA is a collection of 10,000 Japanese-themed storytelling NFTs on the Ethereum blockchain.

On Sept 15, DirtyRobot’s NFTs accounted for 32% of total ETH trading volumes on Opensea.

Yes, you guessed it right. DirtyRobot, an independent illustrator, is the creator of the much-hyped RENGA NFTs.

The floor price of the collection has soared over 600% since its launch in August. The figures are even more impressive given we are in a bear market, and most new launches are getting crushed.

But what exactly has caused the stir?

What is RENGA NFT?

RENGA is a storytelling NFT – a new genre that was coined around incorporating storytelling in Web3 with NFTs and the community behind it. Taken from their OpenSea listing, “In its purest form, RENGA is the art of storytelling.”

RENGA is a handcrafted and distinctive collection of 10,000 PFP characters. Each NFT has its own identity based on wider stories from the RENGA community. The art is heavily influenced by Japanese-themed anime and comic work.

The official website describes RENGA as “sequential art or pictures (type of printed, graphic storytelling, differentiated from the manga by its liberal use of page space, often only one panel per page, and sparing use of dialogue).”

Unsurprisingly, Renga or “連歌” stands for a genre of early Japanese linked-verse poetry. The form is known for its collaborative approach, where multiple poets come together to create a poem. To start with, a poet writes the first stanza, the next writes the second stanza, and so on. It was a widely popular pastime in ancient times.

In the case of RENGA, the creative team and the community come together to build distinctive stories linked to each NFT. The project believes every holder can be a part of the stories as the community develops to unravel the mystery behind each character.

The collection is created from a possible 901 attributes. Each character is an amalgamation of these attributes, comprising 11 different archetypes. The 11 types of archetypes are Motor Corp, Agent, Alchemist, Delinquent, Robot, Samurai, Ninja, Golem, 8-Bit, Cube, and 29 super rare 1/1.

The team behind RENGA

The art was developed and promoted by DirtyRobot, also known as Daniel Isles, an illustrator and comic artist from Japan who started drawing out sketches at an early age of 9. “Inspired by retro video-games, kung fu movies and life at large – he combines these elements together to create his timeless pieces.”

DirtyRobot is also the founder and artist of The Art of Seasons (TAOS), a complete collection of dynamic illustrations featuring Summer, Autumn, Winter, and Spring. Launched in March amidst the bear market, the project delivered DirtyRobot his first success in the realm of NFTs.

With RENGA, DirtyRobot is putting his experience of over 20 years to instill life into the characters.

Some of the other team members include Tails, Myke Forte, Steven, Ben, and Garr.

The idea of Black Boxes is quite rare to the RENGA collection, which was never available for public mint.

The Black Boxes are identical black canvases that are a gateway to the RENGA universe. Black Box holders are given an opportunity to mint a RENGA NFT with random attributes through a unique burn-to-mint mechanism.

During the summer of June, in an unexpected event, TAOS NFT holders were airdropped Black Boxes for free. The TAOS collection did promise certain rewards, but nobody thought it could be this big.

People were left surprised, but DirtyRobot was certain he had pulled the rabbit out of the hat. The move not only garnered spectacular attention from the community but also created enormous value for the supporters.

Initially, there were 10,000 Black Boxes, of which 2.5k went to premint raffle winners, and the remaining were distributed among TAOS holders.

The maximum RENGA characters that can be created is 10,000, but the number is relative to the number of Black Boxes that are opened or burned. Even though attributes are randomly assigned to the characters, some Black Boxes contain extremely rare attributes.

Every single day, some of these Black Boxes are burned, welcoming new RENGA characters to the world. As more boxes are minted, the supply drops, while the number of RENGA NFTs increases.

Currently, most of the Black Boxes have already been opened, with around 2.6k remaining.

You can still buy a Black Box, available for close to 2 ETH, from OpenSea. Of course, one can directly purchase a RENGA NFT for approx 1 ETH from secondary marketplaces, but a Black Box offers an element of surprise that comes along with minting new NFTs.

The art of storytelling

In recent months, storytelling-themed NFT collections have been in the trend – RENGA being one of them. People in the community are showing great enthusiasm about such collections, and simple tweets such as “Storytelling NFTs,” without much context, have amassed thousands of likes.

Storytelling is a way for community members to associate themselves with a project by being involved in the creative aspects. The story or narrative they create could potentially impact the direction of a project.

Apart from the brilliant marketing, some of RENGA’s succes can be attributed to its storytelling narrative.

It will be interesting to see if the trend can remain relevant over time.

DirtyRobot has veritably built an ecosystem of NFT collections that is now proven to create value for its holders.

With RENGA, the team would hope to recreate some of the things that made ATOS such a profitable investment. Because of the Black Box airdrop, there’s a belief among the supporters that more airdrops are likely.

Some references on the official website of RENGA link them to 10KTF, a digital collectibles project with partners such as Beeple and Yuga Labs. This has led to speculations that RENGA could play a role in the 10KTF ecosystem. Obviously, if that happens, things could become much brighter for the collection.

Along with everything, the eye-pleasing artwork and storytelling angle make a deadly combination. As things progress, the character will be the key to everything RENGA.

The RENGA NFT collection was created by DirtyRobot – an independent illustrator who created the Art of Seasons collection.

How much is a RENGA NFT?