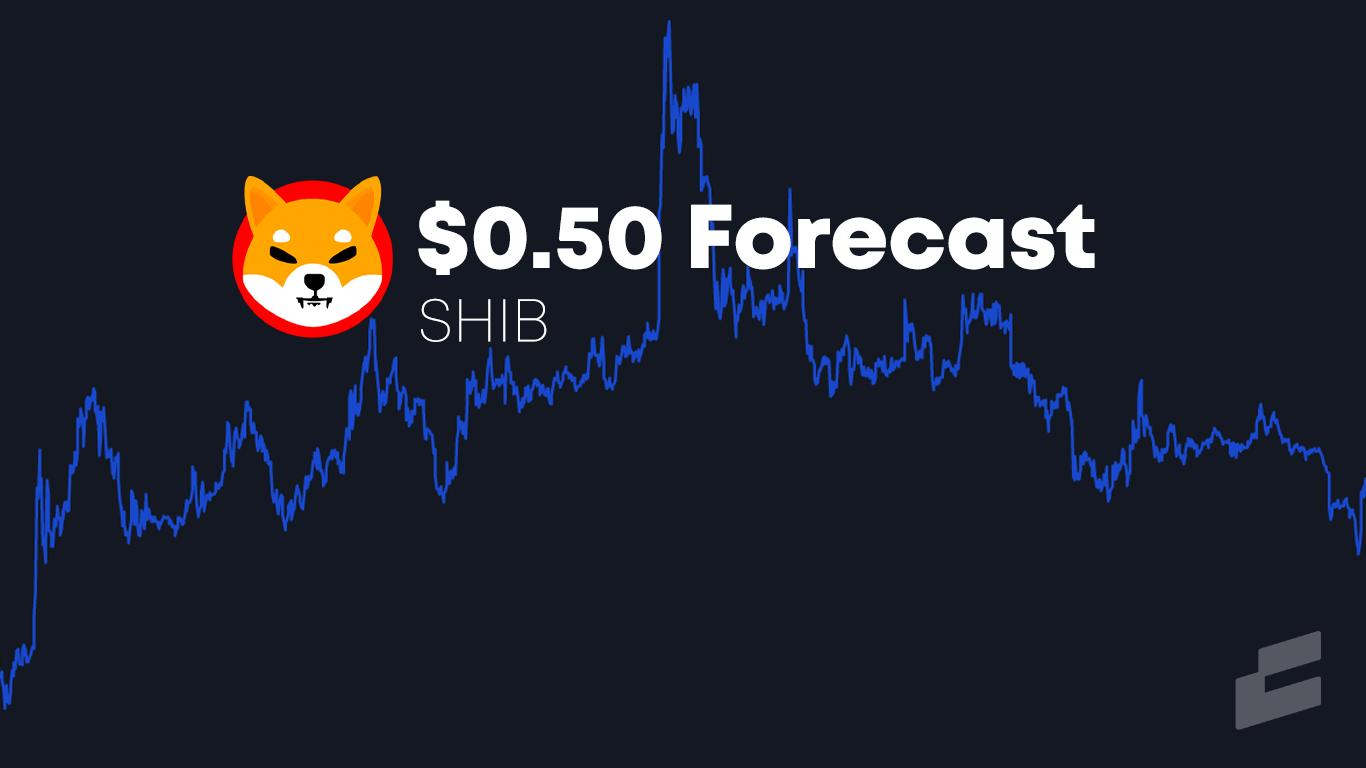 In 2013, when the crypto space started becoming the spotlight and pioneer of the digital era, no one was aware of a ‘Dog-themed’ meme coin that could take over the crypto-verse by storm. Of course, we’re talking about Shiba Inu, which generated a return on investment (ROI) of millions of dollars for investors.

Shiba Inu accelerated its dominance in the Q4 of 2021 and onboarded a wide range of users and investors to its network. The bull run was initiated due to its most anticipated Metaverse project, ‘Shiberse.’ However, the current crypto winter has plunged Shiba Inu hard to the bottom. Since then, many people have been wondering about its expected future prices especially since Ethereum founder Vitalik Buterin burned over 90% of his Shiba Inu holdings.

The recent gain of over 300% has brought a ray of hope to its long-term holders with a price goal of $0.5. Investors are expecting the SHIB price to touch $0.5 sooner or later. Unfortunately, this price seems too far as SHIB needs to gain extreme support from the community as it has no actual use cases or contribution to the crypto sphere.

For Shiba Inu to Reach 50 Cents, SHIB will need a market cap of around $294 trillion, which is 294x the market cap of all cryptocurrencies combined. This valuation is close to impossible with Shiba Inu’s current circulating supply, also market sentiments are negative, barring SHIB from witnessing new highs.

Currently, Shiba Inu has a market cap of $7 billion with a current circulating supply of 550 trillion. If Shiba Inu aims to reach $0.5, it needs to execute an extreme burn of tokens and get to at least half of the current circulating supply, i.e., 275 trillion. However, a constant burn of SHIB tokens may bring bearish woes for its holders and create quick and intense selling pressure in the price chart.

The goal of 50 cents may be possible if Shiba Inu gets immense support from the community and brings continuous developments and partnerships to the platform, including Metaverses, DEXs, etc., which will create a high demand for SHIB tokens in the market and hence its price will spark tremendous surges.

Looking at the Shiba Inu price developments in the price chart, SHIB is poised to ignite more surges in the upcoming months. On 28 October, the token initiated a fresh upward rally and broke above its EMA-20 trend line at $0.000012, and continued its upward momentum further.

According to CoinMarketCap, Shiba Inu is currently trading at $0.00001289 with an uptrend of 2.05% from yesterday’s price. Shiba Inu is showing strong potential as it has been holding its bullish trade in a consolidated range since its breakout. On 29 October, SHIB made further spikes in the price chart and tried to break its immediate resistance level at $0.000015 but faced rejection due to several ongoing macroeconomic factors such as CPI data, inflation rate, interest hikes, etc. However, the SHIB token is now aiming for its next resistance level of $0.00001354, where the EMA-200 is trading.

According to our Shiba Inu technical analysis, it has been on a bearish trend since the crypto market crash in May, which plunged several cryptocurrencies to the bottom level in price. SHIB token dropped from a high of $0.00005 to a low of $0.000008 as it got severely impacted by the crypto winter.

The EMA-100 and EMA-200 are trading in bullish territory, hinting at a further upward momentum for Shiba Inu. The RSI-14 indicator is also hovering around a bullish zone as it makes an exponential rise to a level of 64. Moreover, the SMA-14 line trades above the resistance zone, forming an upward curve for Shiba Inu in the price graph. The MACD line is also supporting the current uptrend of Shiba Inu as it moves parallelly with the price trend. Shiba Inu is projected to witness a short-term bullish momentum soon and may skyrocket by the end of December.

The Bollinger bands are forming a wide range in the price graph, signaling a consolidated zone for Shiba Inu. The Bollinger band’s upper limit is at $0.000014, which is a strong resistance level for SHIB. If Shiba Inu surpasses this resistance level and holds its price above it, it can soon jump to the next price level of $0.0000167. Conversely, the Bollinger band’s lower limit trades at $0.00001042, acting as a crucial support level for determining Shiba Inu’s future price fluctuation. If SHIB drops below this support level, it can experience a sharp decline and trade below the price of $0.000009.

Is a Price Target of 50 Cents a Good Investment Strategy?

Dubbed the ‘Dogecoin-killer,’ Shiba Inu may be an excellent investment option if considered for a long-term investment plan as it has fetched over 1000% return since October 2021. Shiba Inu may reach the 50-cents price level if the burn rate majorly increases and multiple developments are added to the platform. Shiba Inu may even touch $1 if the current circulating supply of 550 trillion is burnt at a rate of 90%.

However, the current burn requirements seem next to impossible due to the intense competition among cryptocurrencies to stand out in the crypto market. Investors are advised to do their own research and conduct expert opinions before investing in a volatile meme coin like Shiba Inu.