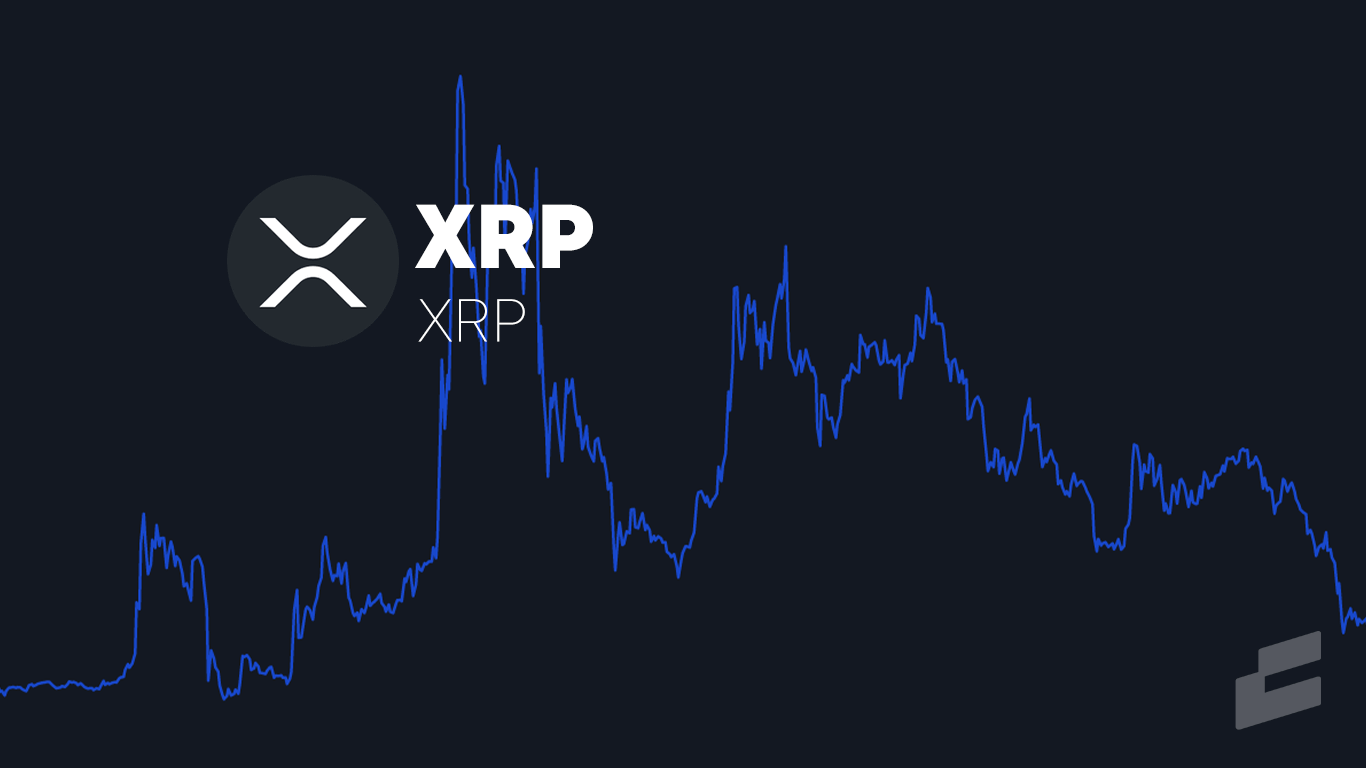 On 5 August 2013, XRP went live in the crypto market with a trading value of $0.005, and it continued to trade below $0.1 for the next few years. However, things started getting changed in 2017 when the XRP price witnessed an initial bull run in April.

The token rose to a high of $0.39 on 18 May. However, it then retraced slightly downward and consolidated in a price range of $0.18 to $0.26 for the rest of the months. In 2018, XRP experienced a skyrocketing trading session as it reached its all-time high of $3.84 on 4 January. However, XRP failed to hold its sudden bullish momentum and made a steep fall to $0.79 on 9 February, eliminating all the bullish price goals of investors.

XRP made a bearish start in Q1 of 2020 as it was close to its support level of $0.15. However, it made a bullish session in Q3 as it slowly started breaking all its strong resistance levels. XRP reached its crucial price level of $0.3 on 19 August but failed to break it and traded below $0.23 till the end of October.

In November, XRP sparked surges in the price chart as it continued to trade near the price level of $0.6 for the next two months. In 2021, the uptrend of XRP further extended as it again headed toward its yearly highs by the end of Q1. XRP price reached $1.79 on 14 April and continued to hold its highly bullish momentum for the next few days.

From 18 May, XRP went on a bearish phase as its price dropped significantly for the next two months. XRP made a low of $0.55 on 20 July and then ignited a minor upward retracement with consolidation above $1 till November with an extreme fluctuation.

In 2022, XRP got affected by the Covid-19 pandemic and was forced to experience the worst. Investors’ interest started fading as the ongoing SEC vs. Ripple lawsuit created a panic situation amid the crypto winter, plunging the coin hard to the bottom. XRP saw a dip of $0.6 on 30 January and continued to trade downwards as it reached $0.3 on 14 June.

💡 Looking to calculate your XRP profits or predict future prices? Use our XRP Profit Calculator.

Technical Analysis for XRPUSD by TradingView

XRP’s price development shows that XRP made a significant gain in the last month; however, the recent collapse of the FTX exchange has created scarcity and a black eye for the crypto space, wiping billions of dollars from the market.

The FTX crash has created a FUD situation for crypto investors, forcing them to liquidate a massive amount of crypto holdings which put selling pressure on the price chart, thus pushing the market to bearish mud. XRP is no exception to this current downtrend; hence, our XRP technical analysis aims to guide investors amid the ongoing market downtrend with the current investment strategy.

According to CoinMarketCap, XRP is currently trading with a value of $0.35, with a downfall of over 7% from yesterday’s performance. XRP is continuously heading towards its immediate support zone, which can bring a more bearish bloodbath for the digital asset by the end of 2022.

XRP’s price was getting continuous support from the community with Ripple Lab’s slow progress toward its victory line against the SEC in a lawsuit that claimed that XRP’s distribution is unregistered security. However, all the progress that XRP made in the last few months has vanished as it was severely impacted by FTX’s collapse and macroeconomic conditions.

XRP ignited a solid downtrend after its support level of $0.455 got triggered on 8 November, and it broke its crucial support level at $0.38 and dropped further. The Balance of Power (BoP) indicator trades in a negative region with a value of 0.38, indicating more pain for XRP ahead.

The RSI-14 and SMA indicators are trading at 38-level, which brings more fear of extensive selling pressure ahead. The MACD line continues to trade below its signal line with no sign of improvement from its last week’s performance.

Looking at the EMA lines, XRP may retest its support level at $0.33, and we can see two scenarios from this level: If XRP fails to hold its price above $0.3, it can make a further downfall and reach its next support level at $0.23, which is the lowest since 2021. Conversely, XRP is predicted to witness a bullish momentum if it successfully holds above $0.33.

XRP may attempt to break its resistance level of the EMA-20 trend line at $0.4, above which XRP may head toward its Bollinger band’s upper limit of $0.47.

💡 Want to lend out your XRP to earn passive rewards? Check out our XRP staking guide.

According to our XRP price prediction for 2022, XRP is predicted to attain a maximum value of $0.45, with an average trading price of $0.42. Our technical analysis reveals that XRP can record a low of $0.40.

The fundamentals behind developing the XRP project may bring optimistic vibes to investors and turn the market bullish. Our XRP price prediction for 2024 predicts that the token might continue its bullish momentum, and XRP is potentially projected to achieve a maximum price level of $1.17. On the other hand, XRP might record a low of $0.98, with an average trading price of $1.01.

XRP may skyrocket in 2026 and bring a significant return on investment (ROI) to its long-term holders. Our XRP price prediction for 2026 expects a maximum trading price of $2.03, with an average trading price of $1.98. XRP may trade at a minimum value of $1.85.

As Ripple Labs is currently on the verge of winning against the SEC, XRP is recovering from the mud and is projected to witness a major bull run in the next five years. Our XRP price prediction for 2027 anticipates that XRP may attain a maximum price of $2.80. XRP may trade at an average price of $2.54, with a minimum value of $2.30.

Our XRP price prediction for 2028 anticipates that XRP could reach a maximum price of $3.70 and an average trading price of $3.21. The minimum trading value for the XRP cryptocurrency is forecasted to hit $3.04.

XRP may acquire powerful partnerships in the next few years, attracting the attention of a wide range of investors due to its robust fundamentals. Our XRP price prediction for 2029 expects a maximum price for this token to be $5.60 and a minimum price of $5.20. XRP may reach an average value of $5.45.

The future prices of XRP depend on the crypto market’s favorability. If everything goes well, we can see a maximum price level of $7.75, with an average trading price of $7.48. However, the XRP coin is projected to hit a minimum value of $7.30 by the end of 2030.

The XRP network is versatile, and its issuing company Ripple Labs is continuously putting efforts into bridging the gap between fiat and digital currencies. Several analysts have predicted a bullish future for this token due to its transparency to its users. Keeping the features of the XRP ledger in mind, the token can be an excellent investment option with a stable profit if invested in the long term. However, the accusation of being a centralized scam may change its future path at any time. Hence, our Ripple price prediction advises investors to do their own research and conduct investment plans from experts’ opinions before investing in the volatile market.

Looking at the current trend, XRP may take more than a decade to reach the $10 mark. However, some positive news about the market and partnerships of Ripple Labs with more expansion around the world may fulfill the $10 mark soon.

Does XRP have a future?

Ripple is on its way to changing the traditional banking ecosystem that costs unbearable time by introducing the world of cryptocurrencies. Ripple and its product suite are designed to improve the affordability and convenience of users by increasing the efficiency of the payment module. Thus, XRP has an astronomical future ahead as Ripple Labs aims for an incredible high in the web3 space in the next few years.

Will XRP coin go up?

According to our analysis, XRP is expected to slowly retain value and go up in price year-over-year.

What does XRP coin do?

Ripple Labs’ native token is XRP, a decentralized cryptocurrency that runs on the dedicated RippleNet. Investors and institutions mainly use XRP due to its low-commission currency exchange and cheap transaction fees. RippleNet acts as a mediator with the integration of XRP and provides investors a way to convert fiat to fiat (USD) with a $0.00001 transaction commission.

Ripple Labs was founded in 2012 by Chris Larsen, Jed McCaleb, and Arthur Britto. McCaleb resigned in 2013, but Larsen still serves as Ripple Labs’ executive chairman, and the company’s CEO is Brad Garlinghouse.

Can you mine XRP?

Unlike Bitcoin and Ethereum, XRP is not mineable as Ripple Labs is the only issuer of its cryptocurrency. Moreover, XRP does not use the traditional consensus approach like proof-of-work (PoW) and proof-of-stake (PoS) as it runs on its own designed consensus mechanism, which was designed by Ryan Fugger in 2004. The mechanism is known as Ripple Protocol Consensus Algorithm (RCPA), which eliminates the ‘double-spend’ problem without going for a complex mechanism like Proof-of-Work.