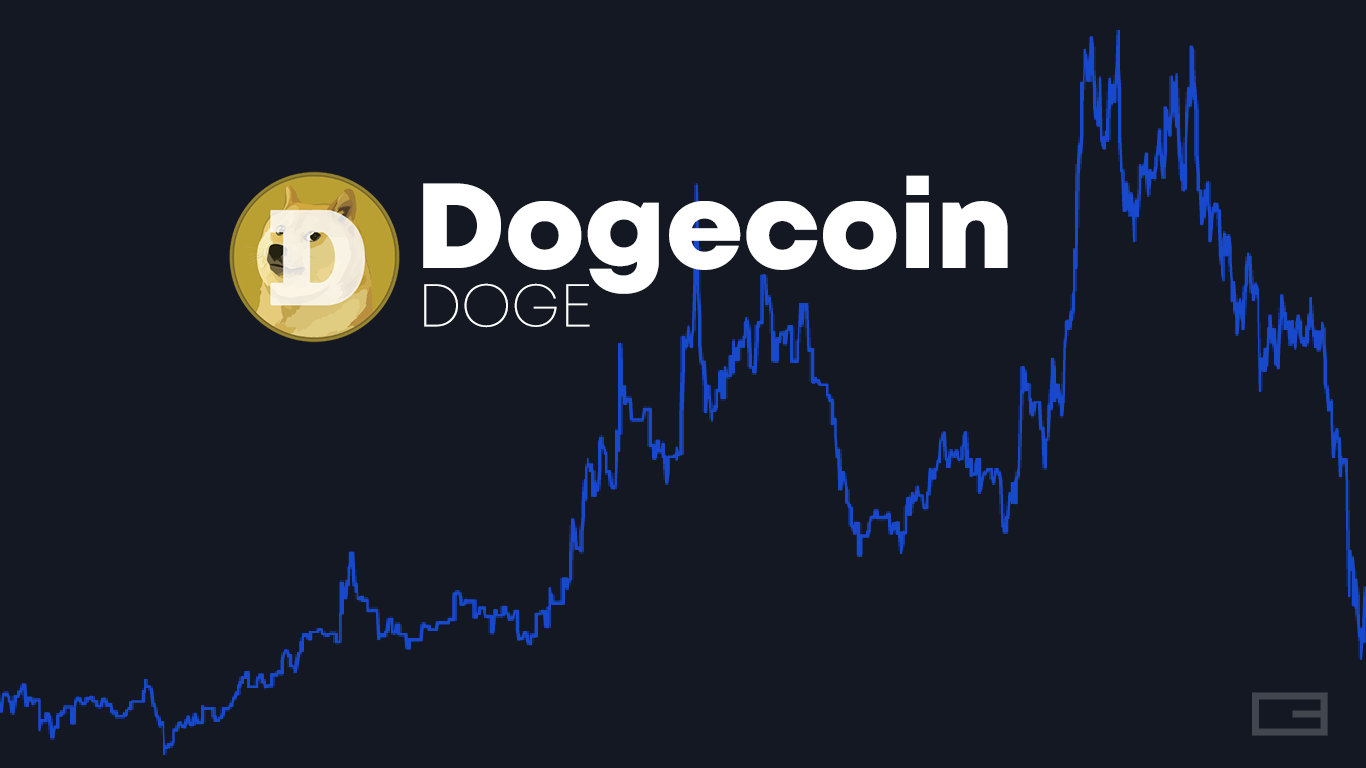 Dogecoin is a prominent cryptocurrency, the first meme coin, that has grown in popularity over time owing to an active community and the backing of key opinion leaders such as innovator and entrepreneur Elon Musk. In fact, the millionaire feels that DOGE is a more promising cryptocurrency than Bitcoin.

Dogecoin is now widely utilised for charitable gifts, online payments, and even as an alternate method of payment for large-company settlements. For example, you can use DOGE to purchase a Tesla vehicle.

Will DOGE’s quick rise be repeated in the near future?

We gathered projections from credible specialists to help you understand whether investing in DOGE is worthwhile and what to anticipate from this cryptocurrency.

Dogecoin was created using the Litecoin source code with the goal of offering an alternative to Bitcoin and being a friendlier and more accessible coin for entry-level investors.

Its mascot, however, is its most distinguishing trait. Dogecoin’s developers took a “fun” approach to its development. When it forked from Litecoin, Dogecoin was only slightly altered. DOGE’s blockchain generates new blocks quicker than Litecoin’s; 1 minute against 2.5 minutes for LTC. The mining difficulty of Dogecoin is modified with each block found, and the reward is fixed.

The colourful look of the cryptocurrency aided this meme token in gaining traction on numerous social media platforms. The currency became well-known outside of the blockchain technology community.

For around three years, the meme currency was well-known but not frequently traded, and there were no significant price swings. Several charity projects and a welcoming DOGE community aided the coin in gaining investor trust.

The coin’s user base surged thanks to the Reddit community and other social networks. It grew the Dogecoin market value at rates that not even the most optimistic experts could have imagined.

DOGE’s price has decreased dramatically, and its market capitalization has also dropped from its peak. Nonetheless, it is one of the top 15 currencies on the market, with a total ROI of over 11,000%.

Dogecoin reached a high of $0.68 in May 2021, up from just under a cent at the start of the year. Elon Musk, CEO of Tesla, was largely responsible for the meteoric rise after naming Dogecoin his favourite cryptocurrency. By the middle of 2021, Dogecoin was routinely ranked among the top five cryptos in terms of total market valuation.

Dogecoin’s value has plummeted since then, bottoming out around $0.11 in March 2022, although remaining in the top 20 cryptocurrencies by market size. Crypto enthusiasts are always in need of Dogecoin news.

Dogecoin, like many other currencies, operates on its own specialised blockchain. Dogecoin’s digital ledger is regularly updated with new transactions, and the network employs cryptography to ensure the security of all transactions.

Miners employ computers to solve complicated mathematical equations in order to process transactions and record them on the Dogecoin blockchain, which uses a proof of work consensus method. Miners receive more Dogecoin in return for supporting the blockchain, which they may then keep or sell on the open market.

Dogecoin may be used to make payments and purchases, but it is not a good value store. This is mostly due to the fact that there is no lifespan limit on the number of Dogecoins that may be generated through mining, implying that the cryptocurrency is extremely inflationary by design.

The blockchain compensates miners for their efforts by producing millions of new Dogecoins every day, making speculative price rises in Dogecoin difficult to sustain over time.

Dogecoin’s popularity remained remarkably steady over the preceding year. The currency even managed to increase the popularity of the search term meme coin.

Dogecoin’s price is not extremely sensitive to media attention. For example, the launch of Airbnb triggered a 3% increase in price against the USD over the next three days.

It is a good indicator of the currency being utilised as an alternative to these nations’ official fiat currencies for monetary exchange amongst ordinary people. Although Shiba Inu is a competitor of Dogecoin, Dogecoin gained more popularity after Elon Musk invested in it.

Dogecoin’s price just increased by 100%. The currency was destined for success after publishing a viral video on TikTok in which the user The Wolf Of Bitcoins demonstrated his mining farm.

So, will Dogecoin appreciate in 2022 or in the near future? The majority of internet specialists expect it will rise. Let’s take a look at Dogecoin price predictions from many analysts across the internet to get a better idea of where it may go next.

Wallet Investor: WalletInvestor analysts are positive on Dogecoin price estimates, both short-term and long-term. Dogecoin is expected to reach a peak of $0.199 in 2022, according to Wallet Investor. Wallet Investor forecasts a price of $0.630 in the next five years. Given that Dogecoin is now selling at $0.08, this is rather positive.

Trading Beasts: Trading Beasts is positive on Dogecoin in the short term but significantly bullish in the long run. Trading Beasts’ Dogecoin price prediction predicts that Dogecoin will end 2022 34.98% higher, with a possible high of $0.1445. Trading Beasts Dogecoin’s long-term price projection is $0.237, representing a 121.34% rise.

ICOcreed: Dogecoin’s price is unlikely to rise much in 2022, according to ICOcreed. They state in their Dogecoin price projection for the year, Dogecoin’s price is predicted to reach a minimum of $0.083 in 2022, according to our projection. The DOGE price has a maximum value of $0.094 and a trading price of $0.091. They do, however, have one of the more positive long-term Dogecoin price projections. Dogecoin is estimated to have a minimum value of $2.03 in 2030. Throughout 2030, the Dogecoin price might reach a high of $2.37, with an average trade price of $2.10.

According to a review of Dogecoin pricing in recent years, the minimum price of Dogecoin in 2023 is expected to be about $0.11. The most likely DOGE price is approximately $0.14. In 2023, the average trade price might be $0.11.

According to cryptocurrency specialists’ technical analysis of Dogecoin values, DOGE is anticipated to have the following lowest and maximum prices in 2024: about $0.16 and $0.20, respectively. The projected trading cost is $0.17 on average.

Cryptocurrency specialists have studied the values of Dogecoin and their changes over the last years. The minimum DOGE price in 2025 is expected to be $0.23, with a maximum price of $0.28. The trade cost will be roughly $0.24 on average.

According to crypto specialists’ study of Dogecoin pricing, the following maximum and minimum DOGE values are projected in 2026: $0.41 and $0.36. It will be traded at $0.37 on average.

Cryptocurrency analysts are continually studying dogecoin swings. According to their forecast, the average DOGE price would be about $0.53. It might fall to as low as $0.52, but it could still reach $0.62 by 2027.

Every year, cryptocurrency analysts anticipate the price of Dogecoin. In 2028, DOGE is expected to trade between $0.81 and $0.90. Throughout the year, its average cost is estimated to be roughly $0.83.

Cryptocurrency specialists are ready to reveal their price predictions for Dogecoin. The maximum DOGE price of $1.43 will define the year 2029. However, it is possible that the rate may fall to approximately $1.26. As a result, the anticipated average trading price is $1.29.

After years of studying the Dogecoin pricing, crypto specialists have arrived with their DOGE price prediction for 2030. It will be traded for at least $1.80, with a possible high of $2.18. As a result, the average DOGE price in 2030 will be roughly $1.86.

Is it wise to invest in Dogecoin?

According to the recent increase in Dogecoin prices, Dogecoin has demonstrated that it may surprise investors with large gains. According to our pricing study, long-term investment in Dogecoin looks to be a viable alternative. Dogecoin, with the support of Elon Musk and other celebrities, has the potential to surprise its investors at any time.

Even if the Dogecoin price appears to be rising, the price of Dogecoin and other Cryptos is unpredictable and can change at any time. If you are a savvy investor who enjoys taking risks, Dogecoin might be an excellent pick. Cryptocurrencies are now not just the most advantageous investments, but also the riskiest. So, before making any financial decision, thoroughly control your risk.

Is Dogecoin a Ponzi scheme?

Because of its extremely unpredictable behaviour, many traders have wondered if Dogecoin is a long-term investment or a pump-and-dump scheme. Our analysis of Dogecoin’s previous performance shows that it is a particularly volatile asset.

However, we cannot argue that the Dogecoin initiative is a Ponzi scheme. Dogecoin is an older project with a plethora of new meme currencies and altcoins.

As we can see from several crypto forums, Dogecoin is here to stay. Dogecoin crypto prices may increase in the next years as a result of the community’s efforts. However, we must wait a few more months to forecast Dogecoin’s future.

The fact that Dogecoin is a fixed inflationary currency, making it identical to real-world fiat cash, cannot be overlooked. Because Dogecoin users actively trade and utilise their currency, they do not need to hoard real assets and rely on additional liquidity.

However, as markets become more competitive, it is clear that an increasing number of individuals are becoming conscious of and sensitive to their investments. Some faith riders have put their trust in money and ridden lofty stallions.

With a lot of money driving the crypto market wave and advances, Dogecoin’s future price could witness a significant increase. Dogecoin (DOGE) is projected to reach new highs of $0.75 in the near future.

Will Dogecoin ever be worth $1?

According to current trends and historical performance, it appears that the Dogecoin price will take a little longer to reach $1 before the end of the year 2035.

Is Dogecoin a good investment?

Yes, Dogecoin is one of the finest long-term investment alternatives, according to recent excitement following Elon Musk’s comments influencing the DOGE/USD price and endorsement from Mark Cuban. According to the most recent Dogecoin news, Elon Musk’s impact on the niche had a significant role in the cryptocurrency’s ascent.

According to numerous projections, the year 2030 will be the greatest for Dogecoin. Also, it’s too early to predict the Dogecoin price for 2030, but based on current trends, it appears that it will fall somewhere between $0.88 and $0.92.

Is it too late to buy Dogecoin?

No. Looking at our price forecasts for Dogecoin, the meme coin shows a promising projection and may have more room for growth.