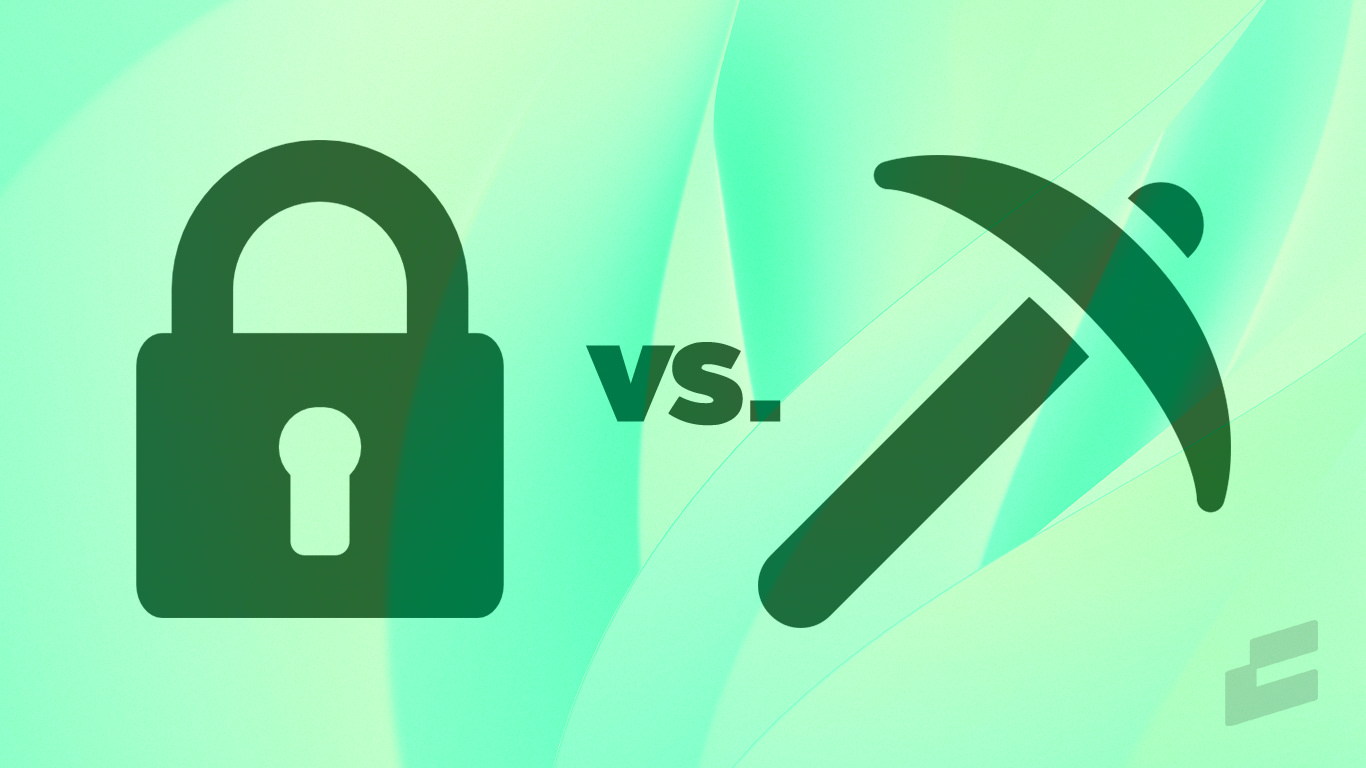 Staking and mining are popular concepts in the cryptocurrency space today. While mining came with the invention of cryptocurrency, staking arrived later as an upgrade to the mining process and a solution for reducing energy consumption. However, given that they have similar objectives, distinguishing between the two protocols can sometimes be challenging.

This article will provide an overview of staking vs. mining and how they compare to each other in terms of profitability and resources.

What is Crypto Mining?

In simpler terms, crypto mining is one of the ways of generating and releasing cryptocurrencies into circulation. It primarily involves verifying and confirming new transactions, leading to adding new blocks to the blockchain.

The mining process comprises a network of computers attempting to decipher complex math problems generated by the blockchain. The first computer to solve this math problem receives the next block of cryptocurrency, and the cycle starts again.

Crypto mining is a process that involves miners maintaining a blockchain, which rewards them with coins in return. Bitcoin is the most notable cryptocurrency that operates with the mining mechanism known as the Proof-of-Work (PoW) consensus algorithm.

The PoW mechanism also comes with downsides. For instance, mining Bitcoin – which leads to the constant expansion of the blockchain – requires increasing amounts of energy, making mining less eco-friendly.

Moreover, the risk of cyberattacks is relatively high, especially for small blockchains. For example, a Sybil or 51% attack is where attackers gain control of over 50% of the blockchain’s hashing power, leading to a monopoly on the network.

What is Crypto Staking?

Staking is the process of locking your cryptocurrency on a blockchain to verify and secure transactions on the network.

It is another transaction validation system that involves purchasing crypto tokens and holding them on the blockchain over a definite – or indefinite – period, depending on the network.

The digital assets will remain in your crypto wallet or a smart contract – albeit not viable for trade or transfer while accruing interest over the period. The interest is paid out in the form of the staked token itself, and the amount varies from one token to another.

Crypto staking operates with a Proof-of-Stake (PoS) algorithm, which was developed to tackle the flaws of Proof-of-Work. With PoS, energy consumption is significantly reduced as there is no need for a costly mining rig and exuberant energy usage.

PoS ‘mining’ power is determined by the number of coins a person staking owns. So, an individual with a sufficient stake is verified to create a new block on the blockchain network, allowing them to receive a reward in the form of interest. These individuals are also known as validators since they “validate” the network.

With PoS blockchains, there is a decreased risk of attacks from hackers as they would need to own more than half of the target cryptocurrency – as opposed to controlling at least 51% of computational power in crypto mining, as we discussed earlier.

Not all cryptocurrencies can be staked, and only blockchains built on the PoS mechanism allow for staking. However, blockchains can transition over to a PoS consensus, as we recently saw with Ethereum’s “Merge.”

Ethereum or Ethereum 2.0 successfully transitioned from PoW to PoS, reducing its power consumption by over 99%, and is now considered to be deflationary – burning more tokens than entering the total supply.

And while Ethereum was the first cryptocurrency to transition to PoS, other popular coins, like ADA, FTM, AVAX, and SHIB, are also available for staking.

Crypto mining and staking are different procedures due to each process’s distinct mechanism.

Crypto mining is built on the Proof-of-Work model. It is a decentralized system where miners will seek to solve a math problem for the hash based on the network’s difficulty. Mining helps secure a blockchain and enables the network to achieve consensus while preventing bad actors from hijacking it.

Like mining, crypto staking also aims to validate users’ transactions on a blockchain. However, it employs an entirely different model to achieve this objective.

Miners often need to use sophisticated hardware, such as a GPU or ASIC, to generate enough hash power to mine a crypto block successfully.

On the contrary, staking only requires crypto owners to lock in their coins on the blockchain over a period where they cannot withdraw or trade their assets. During the staking period, users with locked-in crypto will be able to earn rewards.

In crypto staking, the blockchain selects validators for each block, depending on a node’s size and the amount of time staked. This process is significantly more energy-efficient and less expensive than crypto mining.

When it comes to cryptocurrency mining, there are a few items you will need in order to get started. These important elements will help you set up a suitable mining rig and adequately compete for the mining rewards. Below are the essential resources for crypto mining.

Hardware plays a crucial role in the mining of cryptocurrencies. Various kinds of computers can be used in crypto mining, but each coin has specific hardware requirements that must be met before mining can be successful.

The two major types of hardware for mining are ASICs and GPUs. ASIC, an acronym for Application Specific Integrated Circuit, is a unique kind of computer server.

Meanwhile, GPU, also known as the Graphics Processing Unit, is responsible for rendering images for display on a computer.

Both GPUs and ASICs offer more power than a regular CPU and standard integrated graphics – which is the rationale behind their use for crypto mining.

Due to PoW’s use of sophisticated hardware, a lot of energy is consumed during crypto mining. For example, according to the Cambridge Bitcoin Electricity Consumption Index, Bitcoin mining uses the same energy consumption as small countries like Sweden and Malaysia.

Another essential element for mining cryptocurrency is suitable software. Various types of software are designed for crypto mining, but you will need to choose one that is ideal for the coins you want to mine.

During mining, it is critical to look at the network’s current difficulty. Of course, greater difficulty implies your hardware will find it more challenging to solve the hashing puzzle on the block being mined.

Staking cryptocurrencies is less resource-intensive than mining, as you require fewer essentials to begin the process. The resources you need to start staking crypto are highlighted below.

Of course, you will need to own a substantial amount of crypto assets in order to stake it. So, it is fair to say the first step in crypto staking is purchasing a PoS-compatible coin. That said, make sure to buy a token that is available for staking, as only some cryptocurrencies operate on Proof of Stake.

Here is a list of tokens you can stake.

There are two common ways of participating in staking – token delegation and staking products. To stake your tokens via delegation, you will need to use a crypto wallet. Most blockchains develop an official wallet to support the staking of their respective native tokens, such as Terra Luna.

However, if you prefer to subscribe to a staking product, you will need the aid of a cryptocurrency exchange. These platforms usually offer staking products with a fixed or flexible operation term.

Beginners are typically advised to stake with exchanges, while more experienced investors use a crypto wallet to delegate their tokens.

Considering the wide range of factors affecting cryptocurrencies that employ the PoW and PoS mechanisms, it is quite challenging to declare one more profitable than the other.

It is even more difficult, given how popular pooling has become in both models. Miners and Stakers can now contribute hash power or assets to their respective ‘pools’ for lesser but consistent amounts of block rewards while reducing the risk to each individual.

When it comes to the variables, mining may offer bigger rewards, but this is often canceled out by the costs of setting up the hardware and electricity required for the process. Meanwhile, staking profits vary depending on the duration of your staking period, while high volatility may also affect the rewards.

Bear in mind that both mining and staking reward the users with the blockchain’s native cryptocurrency.

Crypto Staking vs. Crypto Mining: Which is Better?

Quite frankly, one can argue for both sides when it comes to choosing the better option between mining or staking. The rewards from crypto mining are greater compared to staking. At the same time, one can not deny that staking being easily accessible is an advantage that mining can hardly beat.

Mining requires a significant investment in hardware and recurrent energy costs, taking the process out of the reach of most individuals. On the other hand, crypto staking can be done by virtually anyone. However, the staking protocol only rewards people according to the number of coins they hold.

Moreover, in crypto staking, the value of your investment might constantly fluctuate due to the high volatility of the cryptocurrency market. So, if the value of your staked token falls, it may offset any interest you might have gained from staking.

In essence, there is no definite answer to which is better between staking and mining. It all depends on your preferences regarding crypto assets and your financial capabilities.

Is staking crypto the same as mining crypto?

No, crypto mining and staking are two entirely distinct ways to achieve consensus for a blockchain. While mining employs the Proof-of-Work mechanism, staking uses the Proof-of-Stake mechanism.

There is no clear-cut answer to this question, as the potential earnings of both processes depend on multiple factors. For an average person, staking could be more profitable than mining. Conversely, an individual with the financial capability to buy sophisticated hardware and have access to cheap energy might find mining more beneficial.

Is there any risk with crypto staking?

Yes, there are multiple risks associated with staking crypto. The market’s high volatility, theft, and penalties are some potential pitfalls linked to staking.

Crypto staking and mining are different means to a similar end, as they both aim to validate new transactions on a network and help the blockchain achieve consensus. Interestingly, they are both profitable endeavors, and all you need to do is find the one that best suits you. 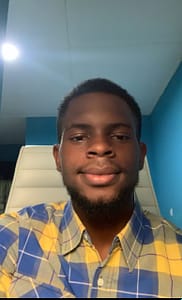 Opeyemi Sule
Opeyemi is an expert content writer with an in-depth knowledge of the crypto space. When he's not at his keyboard, Opeyemi is neck-deep in his multi-genre music playlist. 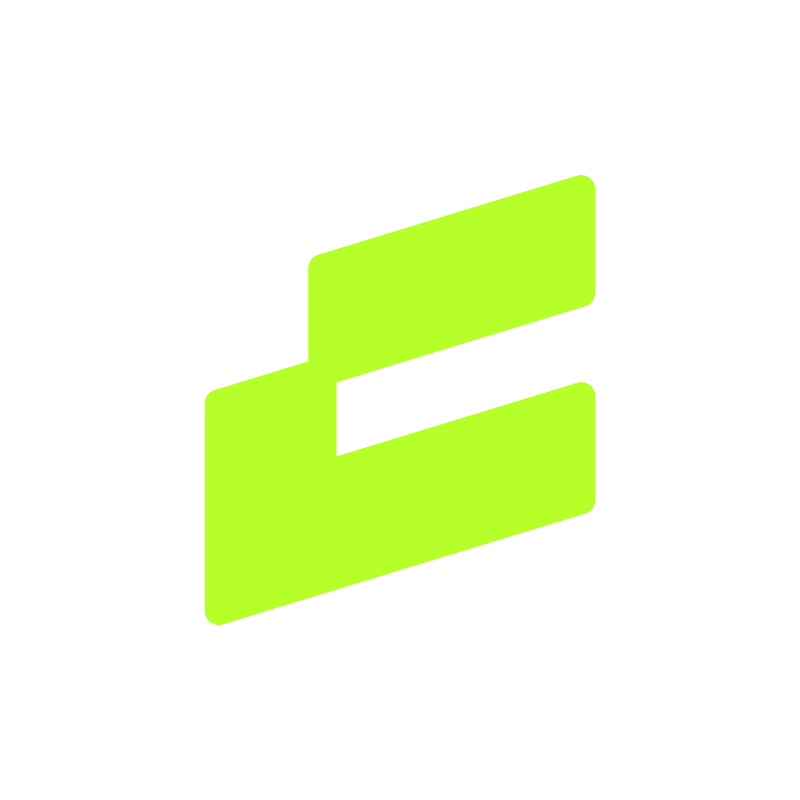