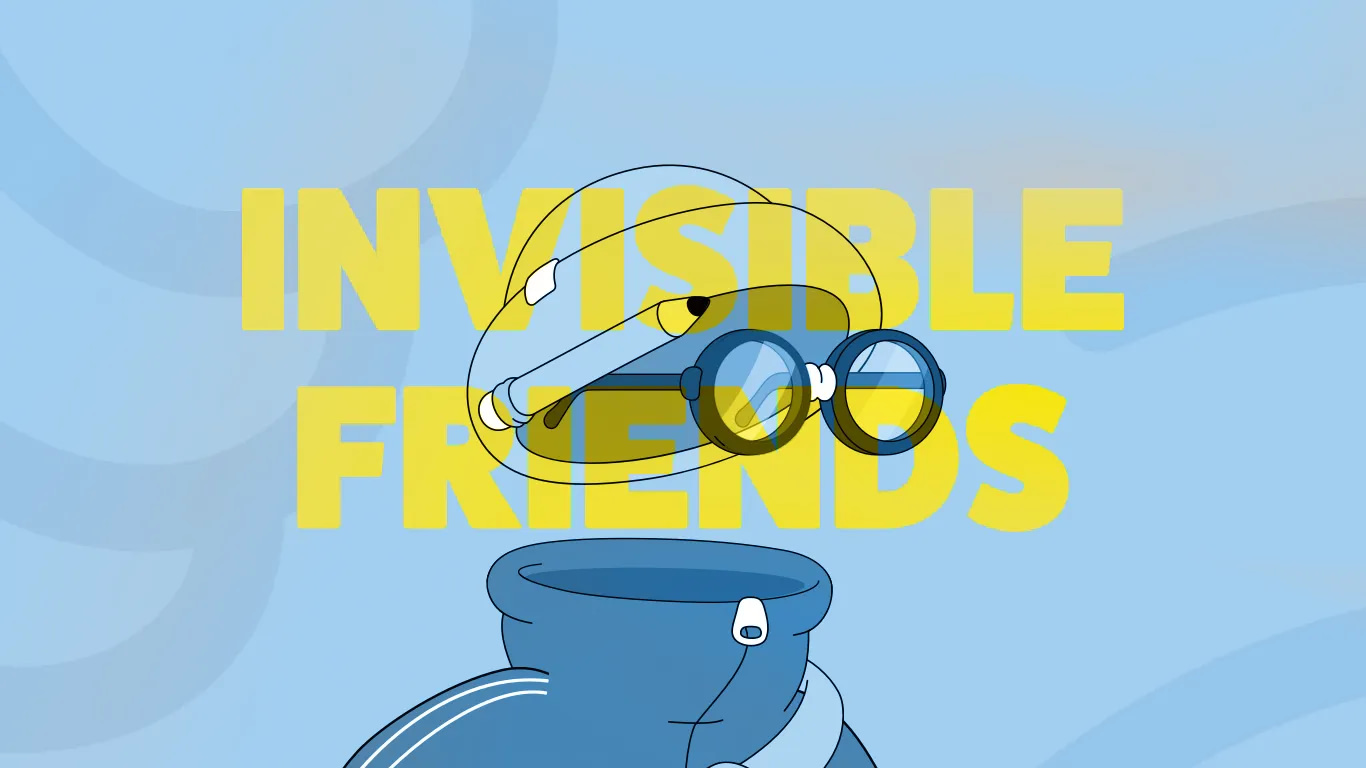 The NFT market has faced a sharp growth in the past year. As a result of the pandemic, the world went online and the NFT market started booming. Creators and artists would look to sell their pieces as NFTs as the regular mode of sales wasn’t working anymore.

If you’ve got a decent foothold in the world of NFTs, then you would’ve probably heard about Invisible Friends NFT. However, if you’re new to this virtual realm, chances are you’re hearing about this collection for the first time. Either way, this is what you need to know.

Invisible Friends NFT is a collection of animated characters. What makes this collection special is the fact that these characters are invisible, so their prominent feature is their clothing.

Most buyers of this NFT collection are big fashion lovers who look for unique pieces.

Background on the Invisible Friends NFT

The Invisible Friends NFT collection was created by a Swedish animator named Markus Magnusson. He was the creator of this project which originally released 5000 animated characters. He revealed that this project is catered towards people who are kids at heart.

It is important to note that they launched with a very limited supply which is why they had a really high demand. The launch was more than successful as they sold out within 24 hours which caused their prices to jump to 12 ETH or just about $29K.

When did Invisible Friends NFT mint?

The Invisible Friends NFT was first minted on February 23, 2022 with 5000 characters. There was a ton of hype for the launch. However, it also gained quite a bit of negative publicity. This NFT collection was being called out for allegedly exploiting artists. The pre-sale prices were soaring, however it quickly calmed down after the launch took place.

How much is the Invisible Friends NFT

The Invisible Friends NFT had one of the sharpest price hikes in the industry. When they first launched, they had a very average mint price. This was about 0.25 ETH or $700 at the time. However, due to the low supply and high demand, they sold out instantly.

This caused the NFT collection to get a very sharp price hike. As we’ve previously mentioned, the floor price after launch went as high as 12 ETH or $29K. It stabilized soon after at a floor price of around 9 ETH or $22K with a trading volume of around 10,000 ETH or $24 million. The current floor price sits at 1.88 ETH at the time of writing.

Should you buy the Invisible Friends NFT?

Like any NFT collection, the Invisible Friends NFT is pretty unpredictable. If you’re considering purchasing a piece from this collection, you must know that it doesn’t exactly hold a pretty good reputation. This is mainly because the creator is claimed only to do it for the money.

However, this is also a great time to buy the Invisible Friends NFT as the demand for this collection is currently really low. This makes the current price for the remaining characters on the average side. You’ll be getting a pretty good deal if you buy right now.

Where to buy an Invisible Friends NFT

Now that you know how much it’s probably going to cost you to purchase a character from the Invisible Friends NFT collection, you’re either going to go ahead and purchase it or abandon it and move on.

If you decide to buy it, here is where you can do so:

OpenSea is arguably the biggest marketplace in the NFT world. Whether you’re looking to buy, sell, or trade NFTs, OpenSea is the place to be. This is an American organization that has its headquarters in New York City but deals with NFTs all around the world.

OpenSea was founded in 2017 by Devin Finzer and Alex Atallah. At the time, there wasn’t a proper channel where you could efficiently trade NFTs. This is why OpenSea was created. The founders wanted the community to have an easy place to perform NFT trading and more.

Judging by the fact that this company managed to bag a pretty rare URL, crypto.com is the go-to place for everything related to cryptocurrency and NFTs. If you’re looking for a trustworthy firm that puts its customers first and is always innovating, crypto.com is the place to be.

Crypto.com was founded in 2016, back when the majority of the population didn’t even know what cryptocurrency was. It was founded by a group of crypto analysts who are on a mission to accelerate the world’s transition to cryptocurrency through a user-friendly platform.

Binance was developed in 2017 and is used as a platform to store your crypto investments and NFTs. It was founded by Changpeng Zhao who is a developer and had previously developed a successful high-frequency trading software that made him millions.

Here are the top four most rarest and most popular characters from the Invisible Friends NFT collection:

This NFT piece features an invisible character who is walking through a crime scene. He is outlined with a white chalk and is wearing a blue beanie and detective-type glasses. He is also wrapped in the ‘CRIME SCENE DO NOT CROSS’ yellow tape. This is one of the most popular NFTs from the Invisible Friends NFT collection. It was last sold on OpenSea for 200 ETH or about $323K at the time of writing.

The #1001 character piece from the Invisible Friends NFT collection is among the most popular pieces from this collection. It features an invisible character who is walking directly through green lasers that can’t sense his presence. He is doing so while carrying a bag of jewels that he stole. He’s also wearing a blue beanie and black nerd glasses. This character piece was last sold on OpenSea for 110 ETH or about $177K at the time of writing. It has about the same market as the previously discussed #1125.

This character piece is a supernatural being. It is also often referred to as an ectoplasm. This character isn’t completely invisible as we can see its skeleton. It is wearing a purple coat with a hood while floating above the surface and dropping green goo as it goes. It is also wearing a blue beanie and black nerd glasses but this is a common theme with the majority of the NFTs in this popular collection. It last sold on OpenSea for 110 ETH.

This character is riding the waves on a surfboard while holding coconut water in one hand. He also has a purple octopus on his head. This character is wearing yellow shorts and his body is made up entirely of water as well. As per the theme, this character is also wearing a blue beanie with black nerd glasses. Similar to the other NFTs, it also last sold on OpenSea for 110 ETH.

The success of this NFT collection is entirely because it had a very strong community that supported it from the beginning to date. There was an entire discord server that was dedicated to this collection and the server had over 300,000 users.

But that’s not all, the Invisible Friends NFT also has a major Twitter community and this community was the entire reason this collection blew up in the first place. Everyone was talking about it and caused a big hype before the collection was even launched.

The future of the Invisible Friends

Despite all the negativity around this NFT collection, you have to admit that it has been one of the most popular and successful NFT projects of all time. Despite the NFT market facing a big drop recently, the prices of this collection remained stable.

They recently teamed up with the streetwear brand Kith to launch a smaller collection with some 1/1s and limited edition characters that sold upwards of 25 ETH. They are also set to release a collection of 3D invisible friends for current holders and a line of “OG Toys” that will bring invisible friends into the real world with physical items.

If you’re considering buying a piece from the Invisible Friends NFT, this is a great time to do so. The prices are pretty stable and they’re going to shoot back up before the next launch. Since it is part of the Random Character Collective (RCC), investors and collectors believe that this project is bound to succeed and remain profitable. 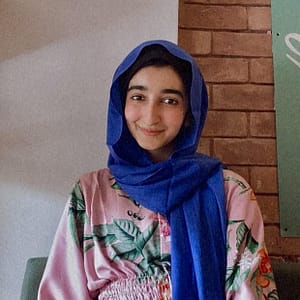 Alyaziah Hayat
Alyaziah is a 21-year-old investor in forex and cryptocurrency. She has been writing as a hobby for as long as she can remember and now curates content for the crypto and NFT industry.