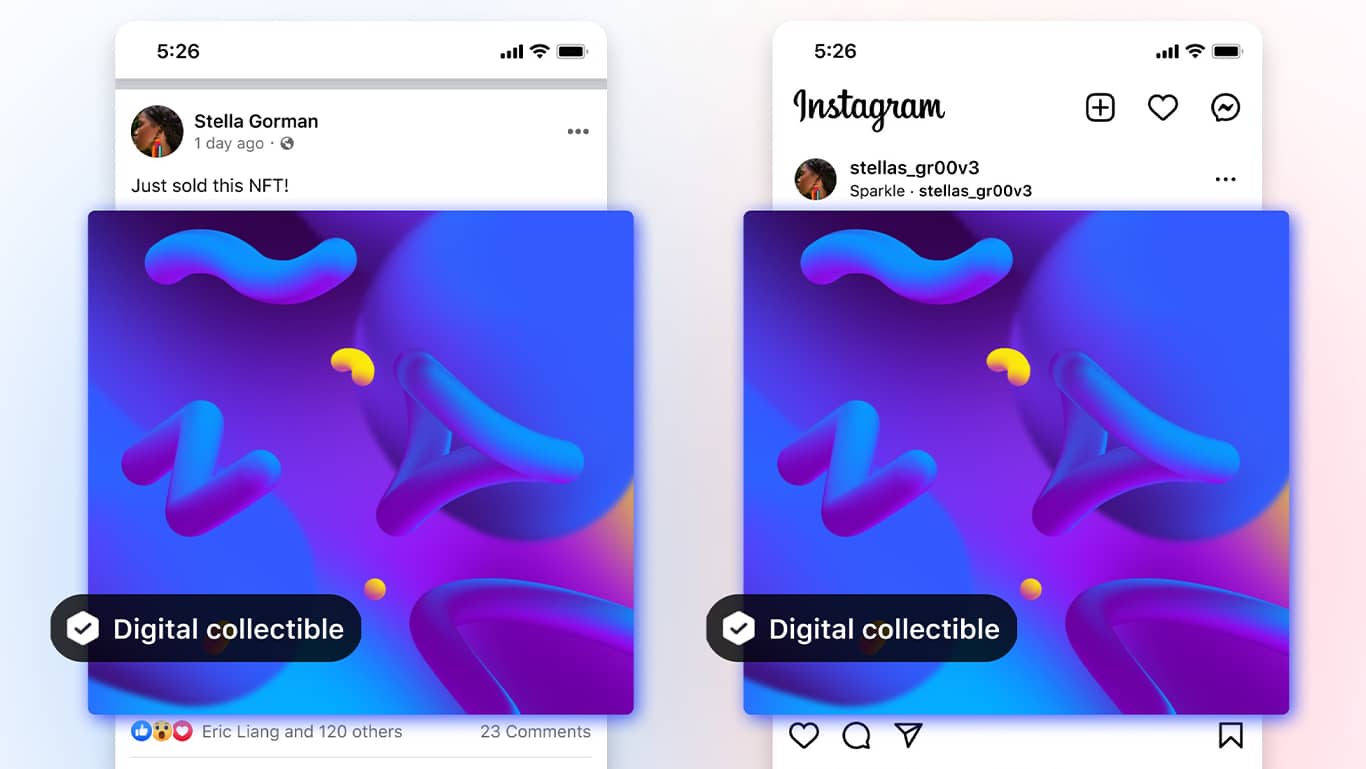 Meta, the holding company of Facebook and Instagram, announced earlier today that it’s opening NFT collectibles support for over 100 countries across America, Asia-Pacific, Africa, and the Middle East.

Meta started testing out the feature in May for Instagram and later in June for Facebook with a limited number of users in the United States. The features were almost similar on both the platforms, and Meta gradually kept increasing the number of users.

The feature, accessible through “digital collectibles” tab in settings of both the apps, will allow users to connect their web3 wallet and showcase NFTs to friends and families.

Currently, collectibles from the Ethereum, Flow, and Polygon blockchains are available, with Solana on the horizon. As for wallets, support for MetaMask, Coinbase Wallet, Rainbow, Trust Wallet, and Dapper Wallets has been added.

“By building support for NFTs, we aim to improve accessibility, lower barriers to entry, and help make the NFT space more inclusive to all communities. It is also important that we keep Instagram a safe and enjoyable place for everyone,” the company had said during the initial launch.

Meta’s NFT thrust comes at a time when the social media giant is building its own metaverse. Even though NFTs will be a key part of the metaverse, it’s still not clear how open and interoperable the platform will be for its users.

Meanwhile, some community members have expressed concerns over the safety and privacy of data that comes with connecting wallets to Meta’s platforms.

The tech giant has lost sensitive data of millions of users on several occasions in the past, and it won’t be out of the ordinary if something similar were to happen again.