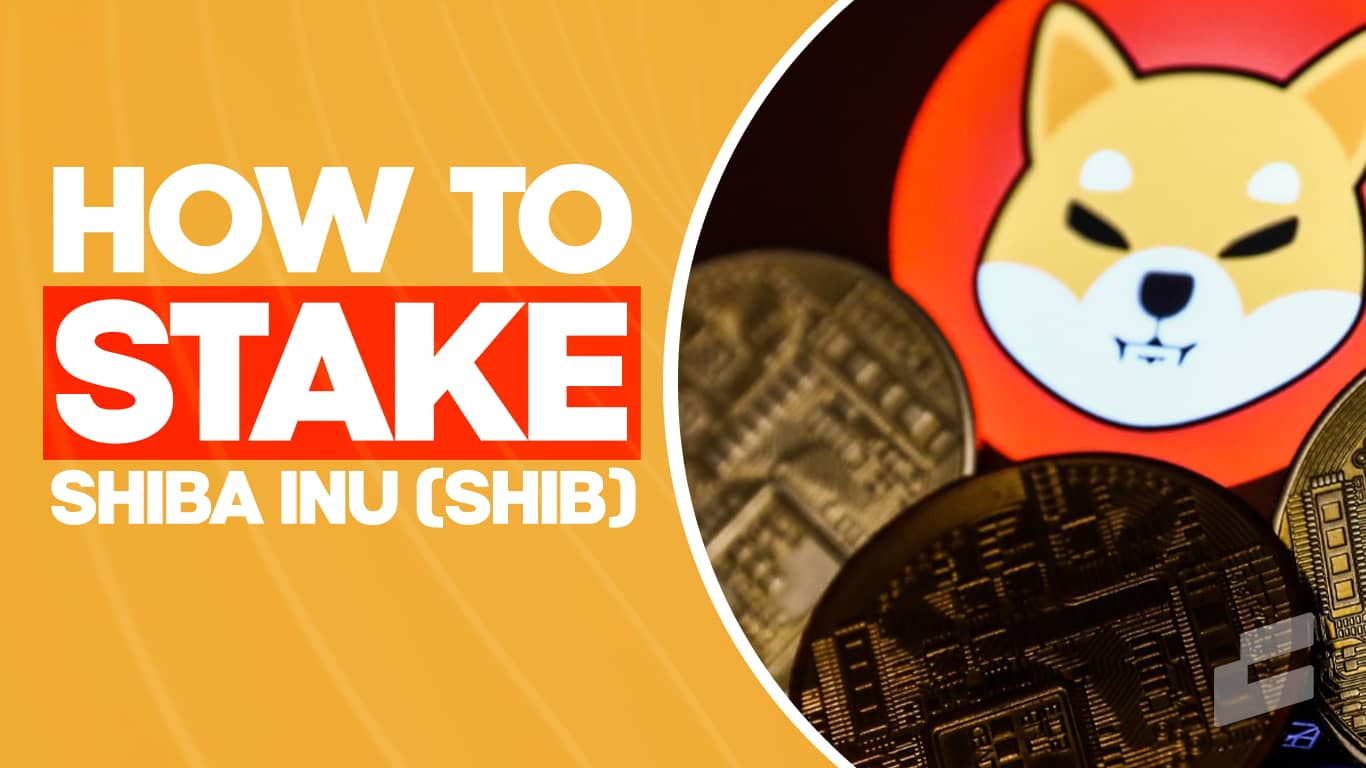 How to Stake Shiba Inu (SHIB)

Shiba Inu can be staked on various exchanges such as Binance, Bybit, and OKX, as well as DeFi platform ShibaSwap.

Shiba Inu (SHIB) is the second largest meme cryptocurrency in the world. It is a highly-rated altcoin popular for its price gains and profitability. Aside from this, Shiba Inu allow investors to earn a passive income on their tokens via staking.

What is Shiba Inu Staking?

Shiba Inu staking is the act of locking your SHIB tokens in return for staking rewards in the form of interest. When SHIB investors participate in staking, their locked-up tokens are used to support the security and governance of the Shiba Inu network. SHIB tokens can be staked either using the ShibaSwap decentralized exchange (DEX) or centralized exchange (CEX) platforms such as Binance.

ShibaSwap is the native DEX of the Shiba Inu token. It is designed primarily for trading digital assets. However, Shibaswap allows users to easily stake Shiba Inu tokens using its “BURY” feature. Like most DEXes, ShibaSwap is a secure and accessible platform to anyone with a crypto wallet.

That said, as Shiba Inu is one of the most prominent cryptocurrencies with a large user community, it is available for trading on several centralized exchanges in the world. Most of these exchanges also offer staking services to Shiba Inu investors.

Staking SHIB on a CEX is quite straightforward. Each exchange usually offers a number of staking plans per asset, each with a unique interest rate. SHIB investors need only subscribe to their preferred SHIB staking plan and begin earning their rewards.

How to Stake Shiba Inu?

Some of the most popular places to stake Shiba Inu are:

How to Stake Shiba Inu on Binance?

The Binance exchange is the world’s largest cryptocurrency trading platform, with over 90 million users. Aside from trading, Binance is also known for providing various crypto-based services such as staking, lending, margin trading, etc.

In contrast, fixed staking plans require investors to stake their SHIB tokens for a stipulated duration ranging from 10-120 days. With these plans, investors are usually not allowed to unstake their tokens or withdraw any earned interest until the staking duration is over. To unstake your Shiba Inu tokens before your fixed plan expires often results in losing all earned interests.

The table below provides information on each SHIB staking plan on Binance, its respective annual percentage rate (APR) and minimum staking amount.

To stake SHIB on Binance, you will first need to register an account on the platform and complete its verification process. Thereafter, you must acquire some SHIB tokens directly on the exchange or transfer SHIB tokens from an already existing wallet. Then, select the “Earn” feature on the Binance dashboard and navigate to the “Simple Earn” section. On the next page, you can search for SHIB and subscribe to your preferred staking plan to begin earning interest on your SHIB tokens.

Pros of Staking SHIB on Binance

Cons of Staking SHIB on Binance

How to Stake Shiba Inu on ShibaSwap?

ShibaSwap was launched in July 2021. Like all DEXes, it allows users to trade digital assets via the use of liquidity pools. ShibaSwap is also designed to enable the staking of all tokens in the Shiba Inu ecosystem – SHIB, BONE, and LEASH – via its BURY feature.

When investors stake SHIB on ShibaSwap, they are rewarded with a 5.41% annual percentage yield (APY) paid out in BONE tokens. In addition, investors earn a percentage of all ETH transaction fees on the protocol – a small portion of which is usually converted to SHIB tokens.

That said, it is worth noting that interests are usually paid out weekly on ShibaSwap. However, investors can only withdraw 33% of their earned interest. The 66% remainder is usually locked up for six months.

To begin staking SHIB on ShibaSwap, you will first need to connect to a crypto wallet containing your SHIB tokens. The ShibaSwap DEX is currently compatible with only three wallets: Coinbase wallet, MetaMask, and Wallet Connect. Any of these wallets could also contain ETH tokens which you can easily swap for SHIB on the ShibaSwap platform.

After completing this step, select the “BURY” feature on Shibaswap and click on “Bury Shib.” On the following page you can choose how much SHIB you want to stake and then you’ll be prompted to deposit and confirm the selected amount of SHIB. ShibaSwap has a liquid staking model, so investors can unstake their Shiba Inu tokens whenever they please.

Pros of Staking on ShibaSwap

Cons of Staking on ShibaSwap

How Much Can You Earn Staking Shiba Inu?

By staking Shiba Inu, investors create for themselves an excellent source of passive income. The table below shows how much you can earn by staking SHIB tokens on different exchanges.

What is Shiba Inu?

Shiba Inu (SHIB) is a decentralized meme coin that runs on the Ethereum proof-of-stake (PoS) blockchain. It was launched in August 2020 by an anonymous entity known as Ryoshi. The Shiba Inu token quickly gained popularity as it shares the same mascot – the Shiba Inu dog – as Dogecoin, the world’s first and leading meme coin.

According to its “woofpaper” (whitepaper), Shiba Inu was created to function as a cryptocurrency project 100% controlled by its user community. It was basically regarded as “an experiment in decentralized spontaneous community building”

In its two-year existence, Shiba Inu has proven to be a successful venture, ranking in the top 20 cryptocurrencies with a market cap value of over $6 billion. Much of this growth can be accredited to Shiba Inu’s dedicated user base – the SHIB army – which boasts over 1 million members worldwide.

The BONE token serves as the governance token of the ShibaSwap exchange. While LEASH tokens were designed to function as a store of value and are the most valuable tokens in the Shiba Inu ecosystem. However, it is worth stating that Shiba Inu (SHIB) remains the foundational cryptocurrency of the entire ecosystem.

How long is SHIB staked for?

Using the ShibaSwap, you can stake Shiba Inu for as long as you want. If you are staking via centralized exchanges, these platforms usually offer staking plans with a fixed staking duration of 30, 60, 90, or 120 days.

Yes, staking Shiba Inu is profitable as most platforms offer a decent interest rate to investors.

Can I stake Shiba Inu on Coinbase?

The Coinbase exchange does not currently support Shiba Inu staking. However, investors can connect their Coinbase wallet to the ShibaSwap DEX to stake Shiba Inu.

Staking Shiba Inu is a sure-fire way of establishing a passive income stream. With this guide, you have gained valuable information on how to stake Shiba Inu on various platforms. However, before you begin staking Shiba Inu, it is imperative you conduct an extensive research on the token as well as gain awareness of all risks associated with the project.