When it comes to brand NFT sales, Nike takes the cake America’s most popular sports brand has been revealed as the world’s leading brand in terms of NFT sales.

Nike topped the list of highest earning brands from NFT sales, totaling up to $185 million, according to data from Dune Analytics.

The brands total revenue was seven times higher than the second on the list. They also topped total transactions on the blockchain with over 67,000.

The top five was dominated by fashion and athletics companies.

Other brands that made it close to Nike on the list were Dolce & Gabbana, Tiffany, and Gucci, with total revenue of $25 million, $12 million, and $11 million, respectively.

Adidas had the second most transactions totaling over 51,000, but they were fifth on the list with $10 million in total revenue.

Despite the NFT market trading volume dropping by over 40% due to interests fading away, Nike has managed to up their numbers.

The analysis of the NFT projects was carried out using the Ethereum (ETH) blockchain.

The analytics shared have shown how lucrative NFTs have become for some brands adding up to their annual revenue.

However, it is also worth sharing that despite the impressive revenue for Nike, the prices of their NFTs have fallen since peaking in February and April; as of August 22, the market index is $23,986.

The buildup for this NFT cycle was brought in part by a mix of branding and marketing efforts. Partnerships like that of Adidas and BAYC, Nike’s acquisition of RTFKT, as well as NFT purchases made by celebrities and appearances in music, also played a role.

The volume of NFT trading on the world’s most popular marketplace, OpenSea, has declined massively.

A primary reason is the level of promotion by NFT brands, which has also dwindled due to the current interest levels.

2021 was an excellent year for NFTs, but the curiosity is disappearing, and crypto enthusiasts don’t seem as interested as they were earlier.

As of the time of reporting, daily sales are around 19,000 with $6 million in total revenue.

Despite the decline in total NFT sales, some collections continue to dominate the sales chart. One of the top apes in the BAYC collection recently sold for 150ETH, roughly $242,000. Over the last few days, collection sales were up by 54%, amounting to $3 million. 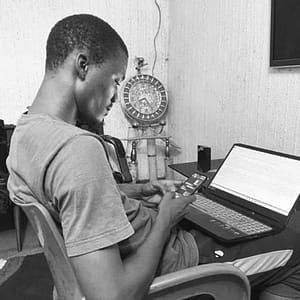